Our Vision:
To provide an online forum to support people who have experienced loss: to help them cope with their pain, heal their grief and invest in their future.

President
Dr. Gloria Horsley, Ph.D., M.S. C.N.S.
Dr. Gloria Horsley is an internationally known grief expert, psychotherapist, and bereaved parent. She is a licensed Marriage and Family Therapist, Clinical Nurse Specialist and past facility member of the University of Rochester. Dr. Horsley hosts Open to Hope television and podcasts. She has made appearances on numerous television and radio programs including "The Today Show and has authored a number of articles and books including Teen Grief Relief. She serves on the Advisory Boards for the Tragedy Assistance Program and the Elisabeth Kubler-Ross Foundation.

Executive Director
Dr. Heidi Horsley, PsyD, LMSW, MS
Dr. Heidi Horsley is a licensed psychologist, social worker, and bereaved sibling. She co-hosts the award-winning weekly cable television show and podcast, Open to Hope. Dr. Heidi is an Adjunct Professor at Columbia University, and an award-winning author, who has co-authored eight books. She serves on the Advisory Boards for the Tragedy Assistance Program, the Elisabeth Kubler-Ross Foundation, and the Children’s Brain Tumor Foundation.

Heather Horsley
Heather Horsley is the Community Manager for Open to Hope. She edits and manages the Open to Hope television and podcast series, Open to Hope. She is also responsible for social media and online campaigns, and performs vital website management for opentohope.com. No stranger to loss; at the age of 14, Heather’s brother and cousin died in a tragic car accident. She is eager to help people find hope and peace within our world.'

Rebecca Horsley Bara
Rebecca Horsley Bara is the Director of Community Outreach and Engagement for The Open to Hope Foundation. The loss of Rebecca's father, Phil and death of her brother, Scott led Rebecca on a path of healing, centered upon holistic mindfulness. Rebecca shares these skills with the OTH community, building awareness through a health focused approach toward healing. Rebecca believes grief is a journey and we are all in this together within the Open To Hope family. Rebecca is a certified holistic health coach, a yoga instructor and previous owner of two yoga studios in Palo Alto, California.

Neil Chethik
Neil Chethik has been the articles editor for the Open to Hope website since 2007. He specializes in men's grief, and the author of FatherLoss: How Sons of All Ages Come to Terms with the Death of Their Dads (Hachette). Neil lives in Lexington, Ky., where he is director of the Carnegie Center for Literacy and Learning. He is married to the Rev. Kelly Flood; they have an adult son, Evan. Neil speaks widely on men's grief and the father-son relationship.

John Rampton
John Rampton has been with Open to Hope developing their online presence since 2010. He has interviewed 1000’s of people about their grief and loss journey to finding hope after loss. You can find many of his interviews here.

Vice President of the Board of Directors
Beverly Chantalle McManus
Beverly serves as Vice President of the Board for Open to Hope. She has over 25 years of experience as a marketing executive, and has edited and co-written numerous books and articles. After the death of her husband, she began focusing on grief and bereavement support, and for the past 16 years has been a bereavement facilitator and frequent speaker and writer on the topic of loss and grief.

Christopher G. Gamble, CPA, CFP
Chris serves as Treasurer of the Board for Open to Hope. He is a partner at RDG + Partners CPAs, PLLC located in Pittsford, New York, a public accounting firm that provides assurance, tax, consulting, outsourced accounting, payroll, benefits consulting and wealth advisory services. Chris is a Co-managing Partner and Senior Partner in the Tax Department at RDG and is responsible for the development of strategies to assist closely-held businesses and high net-worth individuals manage their income and estate taxes. Chris has previously served on the Finance Council of Blessed Sacrament Church (Rochester, NY) and was Treasurer of the Rochester Rotary Charitable Trusts from 2004 through 2016. Karla Wheeler
Karla Wheeler co-heads the Public Relations & Marketing Committee for the Open to Hope. A former newspaper reporter and editor, she is Founder and President of Quality of Life Publishing Co., a national publishing firm specializing in grief support books and a growing number of publications to help hospices provide their multidisciplinary care. Quality of Life is the publisher of the physician newsletter, Quality of Life Matters; and booklets for families, “When Death Is Near: A Caregiver’s Guide;” and “When You Are Grieving: A Guide to Understanding Loss.” Karla is the author of grief support books for adults and children and bereavement columns for newspapers and magazines across North America. Several of Karla’s family members have experienced a “good death,” thanks to hospice, including her 54-year-old husband. Following his death, their daughter Jenny wrote a teen-to-teen book, Weird Is Normal When Teenagers Grieve.Karla and Jenny enjoy bringing their messages of hope as a mother-daughter team traveling nationwide, speaking at professional grief conferences and to community groups. A longtime hospice volunteer in Southwest Florida, Karla has visited with hundreds of dying patients, providing bereavement follow-up care to grieving families. 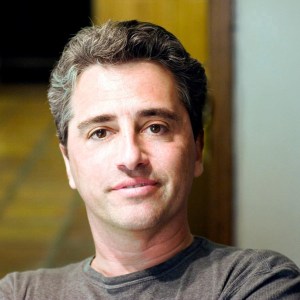 His responsibilities include handling over 80 publishers of Dr. Kübler-Ross’ work in 43 languages, public relations, copyright & trademark issues, developing international Kübler-Ross chapters, developing strategic partnerships, as well as preserving her archives. While growing up, he traveled with her extensively while on her numerous foreign trips witnessing her lectures and workshops. Ken has lectured on his mother’s legacy for hospices and various conferences in South America, Asia, and Europe. There are several film projects that Ken is currently a consultant on including a major motion picture, a television series and various documentaries, both foreign and domestic.

Rick Haskins
Rick Haskins is the Executive Vice President, Marketing and Brand Strategy for The CW, a joint venture between Warner Bros. Entertainment and CBS Corporation. Prior to joining The CW, Rick served as Executive Vice President/General Manager for Lifetime television.Previously, Rick helmed his own marketing consulting company, The Haskins Group, from 1996-99. He held a variety of positions for The Walt Disney Company from 1988-96, including Vice President, Marketing, Buena Vista Television and Director of Development, Reality Programming. From 1982-88, Rick was a brand manager with Procter &amp; Gamble. A published author, Haskins co-wrote Brand Yourself in 2000. A graduate of Utah State University, Haskins has a bachelor of science in psychology.

Michele Neff Hernandez
Michele Neff Hernandez is the founding President, and Executive Director of the Soaring Spirits Loss Foundation.  Soaring Spirits is a non-profit organization committed to providing resources and peer support to people grieving the loss of a loved one, with a special focus on those who are widowed. Michele is the creator, and Director, of the Camp Widow Program; a first of its kind event bringing together widowed people from across the country and around the world who are seeking to recreate their lives in the aftermath of the loss of a spouse or life partner. In addition to her work with the foundation, Michele inspires people as a motivational speaker and freelance writer.  She also works as a member of the Bereavement Training Team for the Archdiocese of Los Angeles, and is a regular contributor to various websites, blogs, magazines, and collaborative book projects. Michele was privileged to be the wife of Phillip Hernandez, until his death in August of 2005.

Eric Hipple
Eric Hipple was a former National Football League (NFL) quarterback for the Detroit Lions from 1980 to 1989. Hipple’s accomplishments include two playoff bids, a divisional championship, and the most valuable NFL player award in 1981.  From 1995-2000 Hipple hosted an NFL pre-game show in Detroit.  His life took a tragic turn when his 15-year-old son Jeff died by suicide. Hipple has since devoted his life to building awareness and breaking down the stigma surrounding depressive illnesses. Hipple received the prestigious 2008 Lifetime Achievement award given by the American Foundation for Suicide Prevention. He also received a presidential citation at the American Psychological Association’s 2006 Annual Convention for his six years of national community-based work combating adolescent depression and suicide prevention.  He is the author of Real Men Do Cry: A Quarterback’s Inspiring Story of Tackling Depression and Surviving Suicide Loss and co-author of a study looking at depression among retired football players in the April 2007 issue of Medicine & Science in Sports & Exercise.  Hipple is an outreach coordinator for the University of Michigan Depression Center and also serves on the board of the Mental Illness Research Association and the American Association of Suicidology.

Bonnie Carroll
Bonnie Carroll is the President and Founder of the Tragedy Assistance Program for Survivors (TAPS), the National Veterans Service Organization providing peer based emotional support, grief and trauma resources and information, casualty casework assistance and crisis intervention for all those affected by the death of a loved one serving in, or in support of, the armed forces.

Ms. Carroll currently serves on the Department of Veterans Affairs (VA) Advisory Committee on Disability Compensation, the Board of Directors of the Association of Death Education and Counseling, the Department of Defense (DOD) Military Family Readiness Council and she recently co-chaired the DOD Task Force on the Prevention of Suicide in the Armed Forces.  Ms. Carroll served in Baghdad, Iraq as the Deputy Senior Advisor for Programs in the Ministry of Communications. She continues to work with Iraqi surviving families facing traumatic loss.  Before going to Iraq, Ms. Carroll was appointed to be the White House Liaison for the VA in Washington, DC.

Ms. Carroll founded TAPS following the death of her husband, Brigadier General Tom Carroll, in an Army C-12 plane crash in 1992. She is a trained Critical Incident Stress DE briefer, member of the International Society for Traumatic Stress Studies and the American Association for Death Education and Counseling. She has authored numerous articles on grief and trauma and appeared on CNN, FOX, NBC’s the Today Show and other programs speaking about military loss. Ms. Carroll was featured in People Magazine "Heroes Among Us" and received recognition as "Washingtonian of the Year." She has also received the "National Citizen for 2010" award from the Military Chaplains Association.

Dianne Gray
Dianne Gray is the President of Hospice and Healthcare Communications, an international firm focused on furthering advocacy projects and education/communications initiatives involving all aspects of end-of-life and palliative care.  She is the President of the Elisabeth Kübler-Ross Foundation as well as a board member of International Children's Palliative Care Network, National Hospice and Palliative Care Organization's Pediatric Leadership Council. Dianne is a nationally recognized speaker, and an award winning writer/journalist, filmmaker. Dianne sits beside with the ill and the dying, and still sees her family's ten-year pediatric hospice/palliative care experience with her son, Austin, (who died in February 2005) as the gift of a lifetime.

Dr. Robert A. Neimeyer
Dr. Robert A. Neimeyer, Ph.D., heads the Professional Community Committee of the Open to Hope.  He is a professor and Director of Psychotherapy Research in the Department of Psychology, University of Memphis, where he also maintains an active clinical practice. Since completing his doctoral training at the University of Nebraska in 1982, he has conducted extensive research on the topics of death, grief, loss, and suicide intervention.  Bob has published 25 books, including Grief and Bereavement in Contemporary Society:  Bridging Research and Practice (Routledge), Meaning Reconstruction and the Experience of Loss, Lessons of Loss: A Guide to Coping, and Rainbow in the Stone, a book of contemporary poetry. The author of over 350 articles and book chapters, Bob is currently working to advance a more adequate theory of grieving as a meaning-making process, both in his published work and through his frequent professional workshops for national and international audiences.