ALISA BAIR received double undergraduate degrees in both Music Education and Music Therapy from East Carolina University. She completed her internship in music therapy at Philhaven Hospital and became board-certified before making a career pivot into motherhood and church music and the arts. While she and her husband raised their three daughters, she served a variety of churches for over 20 years before eventually uprooting to enter New York University’s Graduate Musical Theatre Writing Program, from which she received her MFA.​ Her music and words have been published by Columbia Pictures Publications, CPP/Belwin, Hope Publishing, Heritage Music Press, Choristers Guild, Guideposts, Good Books (with foreign translations) and Walnut Street Books. She is the composer of the bi-lingual, one-act musical, Otro Planeta (Kristin Page Stuart, Bookwriter/Lyricist), and the full-length musical, Hello Sky (Dina Soraya Gregory, Co-Bookwriter/Lyricist), which had its five-day, sold-out premiere in 2010 with OperaLancaster in Pa. She is also librettist for The Lost Son, (Neal S. Harnly, composer), commissioned by Soli Deo Gloria, which enjoyed its world premiere in 2010 with the renowned Indianapolis Children’s Choir. She is a member of Dramatists Guild of America, Inc. 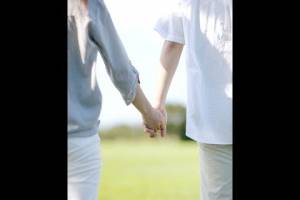 Grief is a Dancer

Grief is a Dancer Grief is a dancer full of kinetic energy. At first, the stranger shows up with a dance card at the most devastatingly inconvenient time. The dance […]