Andrea Gilats is a Minnesota writer, educator, artist, and former yoga teacher who spent more than three decades creating and leading lifelong learning programs at the University of Minnesota, serving thousands of adult learners before retiring in 2012. From 2010 to 2018, she also taught yoga to older adults through her community-based teaching practice, Third Age Yoga. She is the author of two books, After Effects: A Memoir of Complicated Grief (University of Minnesota Press, 2022) and Restoring Flexibility: A Gentle Yoga-Based Practice to Increase Mobility at Any Age (Ulysses Press, 2015). Andrea was the founder, and for twenty years the director, of the University of Minnesota’s legendary Split Rock Arts Program, an annual series of intensive workshops in the literary and visual arts that featured nationally renowned writers and artists as teachers. She also founded and directed Split Rock Online Mentoring for Writers, an innovative, award-winning online service in which writers worked individually with renowned writer-teachers. In 2007, she founded LearningLife, the University of Minnesota’s pioneering collection of learning opportunities for people in the second half of life, and in 2010, she co-founded Encore Transitions, a trailblazing, nationally replicated program that takes a holistic approach to preparing for a meaningful life after retirement. Andrea has written numerous articles for health, arts, and academic publications, including a variety of articles on resilience, yoga, wellness, and aging. Two of her articles about yoga, “Finding the Right Yoga Teacher: Tips for Third Agers” (2012) and “Coming to Yoga Later in Life: A Personal Story,” (2013) were published at Yoga for Healthy Aging, a widely read national blog. From 2009 to 2010, Andrea wrote a blog on healthy aging for the University of Minnesota titled When I’m 64, and she was also a regular contributor to Wellness Works, the University’s health-related print magazine. 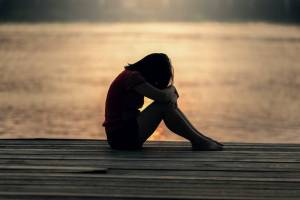 Grief is One Thing. Prolonged Grief Disorder is Another

Does She Have a Grief Disorder? A 68-year-old woman seeks care from her primary physician because of trouble sleeping 4 years after the death of her husband. On questioning, she […]