Carol Henderson is a writer, teacher, and workshop leader who has taught writing in the United States, Europe, and the Middle East. She has published two memoirs, written widely for magazines and newspapers for the past 25 years, and edited several memoirs and essay collections. Her first memoir, Losing Malcolm: A Mother’s Journey Through Grief (University Press of Mississippi, 2001), was chosen as a must-read memoir by USA Today. For one collection she edited, Wide Open Spaces: Women Exploring Call Through Stories and Reflections (Circle Books 2011), she worked individually with a group of women ministers, helping them unearth and craft the deep truth of their calls to ministry. Another book she edited Qatari Voices: A Celebration of New Writers (Bloomsbury 2010), is a collection of essays written by Middle Eastern college students and young professionals, many of whom had not written in English before. She also coaches writers one-on-one and has helped many authors find publishers for their memoirs. Since 2002, she has led ongoing workshops and retreats for groups of bereaved parents. See her book Farther Along: The Writing Journey of Thirteen Bereaved Mothers (Willowdell Books, 2012). Under contract with Heartland Hospice, she trained support services staff all over the country (and has written a supporting guidebook) to integrate restorative writing into the hospice environment. She also leads ongoing nonfiction workshops as well as writing workshops for those living with chronic illness. She teaches in medical centers, faith and civic communities, colleges, and schools. She also offers writing retreats at centers such as Wildacres, in the mountains of NC, the Resource Center for Women and Ministry in the South (RCWMS), in Durham, NC, and Well of Mercy, a Catholic retreat center in Hamptonville, NC. www.carolhenderson.com 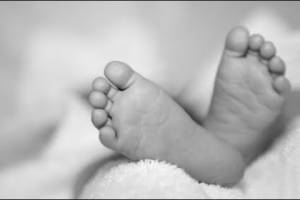 In the poem, “Note,” Ellie Schoenfeld writes that she is still sometimes surprised and angry that she receives no calls or emails from the dead. Death should be a place […] 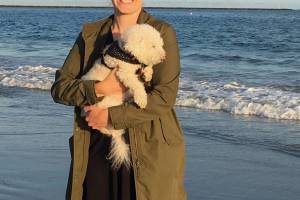 On the evening of July 4th, 2019, I was sitting with my daughter Olivia and my son-in-law Patrick on their small New York City apartment terrace. In the far distance, […]