Marlys Johnson is a cancer widow, author, speaker and blogger. A member of the Advanced Writers and Speakers Association, Marlys is a regular contributing writer for Oncolink, Anti-Cancer Club, and Cancer Hope Network. In 2004, Marlys’s husband, Gary, was diagnosed with late stage prostate cancer and given two years to live. Eventually, the couple established a non-profit and presented at a variety of venues in all regions of the country, including the National Cancer Institute in Bethesda, MD, sharing what they were doing to live well with terminal cancer. During that time, Marlys wrote a book, “Cancer Adventures: Turning Loss into Triumph,” featuring 28 cancer heroes who established purpose and found a way to give back. Gary lived ten good quality years with terminal cancer, much longer than the experts predicted. After he died in November 2014, Marlys took an early retirement from the St. Charles Cancer Center in Bend, Oregon, where she served as Survivorship Coordinator for a number of years. She is in the process of procuring a literary agent for her newest book, a collection of essays and stories – some humorous, some poignant – highlighting the lessons cancer taught them. Marlys loves getting outdoors; she would rather lace up hiking boots than go shopping. She also has a passion for repurposing old junk into cool new stuff and an even greater passion for showing others how to navigate life’s challenges, having negotiated a few herself. 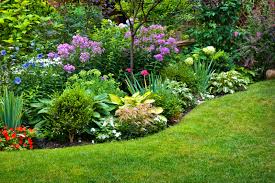 My husband and I met at his family reunion. His sister (my best friend) invited me for a weekend of baseball playing and river dunkings and campfire sitting on an […]