Home » After Loss: Fear Can Be An Asset to Grieving Individuals 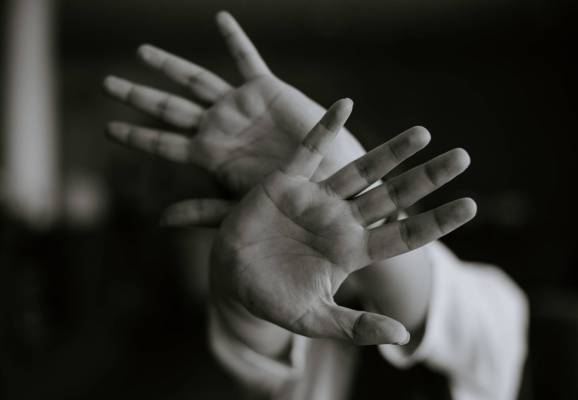 Photo by M.T ElGassier on Unsplash

“No one ever told me that grief felt so much like fear”– C.S. Lewis

This first line in C.S. Lewis’s book A Grief Observed , inspired me to reflect on how I experienced fear during the early days of grief following my daughter Jeannine’s death. Jeannine was eighteen when she died on March 1,2003 from cancer. My fear manifested in uncertainty about my ability to live again in a world without my daughter. I feared that my other children would also die. These fears were triggered because my once predictable ,orderly and safe world was a distant memory.

To me ,experiencing fear following the death of our children is expected, and a normal part of processing catastrophic loss. The length of time that we experience fear varies for everyone, because we move through grief differently and at our own pace. It is crucial to not let fear consume us because in time, there will be no movement through grief. Conversely, experiencing a little fear during grief readies us for significant  events by making us aware of the task at hand. The challenge that we face as grieving individuals is to strike a balance between motivating and debilitating fear. One of the ways that we can accomplish this is by learning what fear has to teach us about our grief and ourselves.

A Rabbit in My Yard 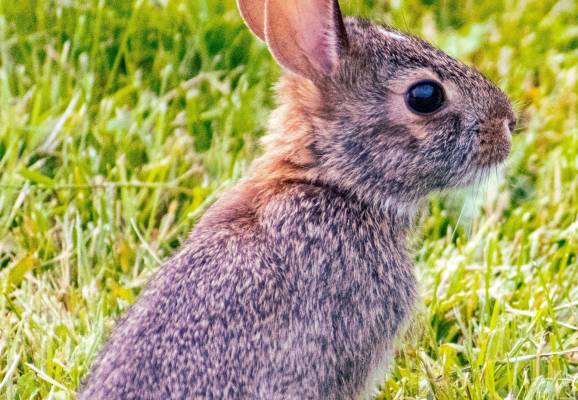 Some time ago, I walked out onto the deck of my home, morning coffee in hand, and looked around my yard. I live in a quiet ,secluded rural neighborhood, where the only people that I see are my neighbors and the occasional visitors that come to our home and those around us. Our backyard is like a wildlife sanctuary where birds, deer ,groundhogs and squirrels regularly visit. My home provides me with many moments of peace, and the animals and birds that grace us with their presence reminds me of something that I have known for quite some time now:

While drinking my coffee, a brown and white rabbit made itself known to me. I watched her as she cautiously explored my backyard. She would take a few steps, stop, look around, and then take a few more steps. She would also occasionally stop and rest in the grass.  Eventually, she scampered out of my immediate view.

I have learned that when an animal makes themselves known, we need to be mindful of their teachings. Subsequently, I looked up Rabbit in Jamie Sams and David Carson’s book Medicine Cards. Here is a passage from their book that sheds some light on the significance of rabbit.

“This card may signal a time of worry about the future or of trying to exercise control over that which is not yet in form—– Stop now! Write your fears down and be willing to feel them. Breathe into them, and feel them running through your body into Mother Earth as a give-away.” Sams and Carson-P.158

What Rabbit Taught Me About Fear

Here is how Rabbit’s teachings applied to me:

Approximately two-and-one-half years after my daughter Jeannine’s death, I became tired of living the life of a bereaved parent. So, one day, I just decided to disavow my existence as a bereaved parent. I just wanted everything  to the way it was before Jeannine died.  I wanted her back.

My desire to suppress my bereaved parent status was motivated in part by the fear mentioned in the beginning of this piece about how I would continue to live my life without Jeannine. I was also too emotionally drained to continue to face an existence that I did not sign up for when I became a parent.

Suppression did work…. for a while. But anything that we suppress eventually comes to the surface, because in part, we have leaked to much energy trying to keep it hidden. I also believe that my act of suppression was a misguided attempt to regain some form of control during the most chaotic time of my life

In time, I became miserable because I cut myself off from meaningful grief support from other parents who understood the pain of losing a child.  In time, I eventually acknowledged and embraced my identity as a parent who experienced the death of an adult child. I took the necessary steps to achieve acceptance of my new reality and find meaning and renewed purpose because of it.

Rabbit also reminded me that our willingness to confront fear and other emotions that don’t constitute happiness can be an empowering step towards acceptance and embracing a peaceful perspective in the aftermath of facing all types of life challenges.

Here are 4 tools that have helped me effectively process fear and emotions other than happiness during my grief journey:

David J. Roberts, LMSW, became a parent who experienced the death of a child, when his daughter Jeannine died of cancer on 3/1/03 at the age of 18. He is a retired addiction professional and an adjunct professor in the psychology and psychology child-life departments at Utica University in Utica, New York. Dave is a featured speaker, workshop facilitator and coach for Aspire Place, LLC. Dave has also been a past national workshop facilitator for The Compassionate Friends and a past national workshop facilitator and keynote speaker for The Bereaved Parents of the USA. Dave also co-presented a workshop titled “Helping Faculty After Traumatic Loss” for the Parkland, Florida community in May of 2018,in the aftermath of the mass shootings at Stoneman Douglas High School. Dave was also a keynote speaker at The Tom Coughlin Jay Fund Remembrance Weekend during in June of 2019 in Ponte Vedra, Florida .Dave has also done numerous workshops at the local and regional levels related to transformation from grief and loss. He is the co-author with Reverend Patty Furino of the recently published book "When The Psychology Professor Met The Minister" which is available for purchase on Amazon. For more information about their book,please go to: https://psychologyprofessorandminister.com/ Dave has been a past HuffPost contributor and has also published articles with the Open to Hope Foundation, The Grief Toolbox, Recovering the Self Journal, Mindfulness and Grief, and Thrive Global. He is currently a regular contributor to Medium. One of Dave's articles, My Daughter is Never Far Away, can also be found in Open to Hope: Inspirational Stories of Healing and Loss. Excerpts from Dave's article for The Open to Hope Foundation, called The Broken Places were featured in the Paraclete Press DVD video, Grieving the Sudden Death of a Loved One. He has appeared on numerous radio and internet broadcasts and Open to Hope Television. Dave was also part of a panel in 2016 for the BBC Podcast, World Have Your Say, with other grief experts, discussing the death of Carrie Fisher. Dave’s website: www.bootsyandangel.com is devoted to providing support and resources for individuals experiencing loss.