Home » Why Happy New Year is Tough on Bereaved Parents 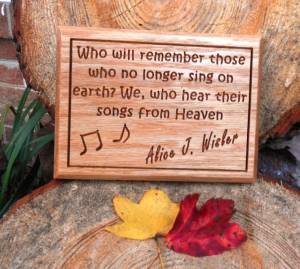 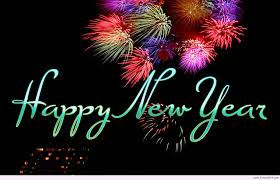 When the ball at Times Square drops, champagne corks pop. Ample hugs and kisses are dispensed all around.

However, for the parent who has lost a child in the previous year, the dawning of a new calendar year can be rough. In fact, most of the time, it is.

The bereaved parent can feel isolated, lonely, and sorrowful while everyone else is celebrating.

Daniel died at age four in February 1997 and entering 1998 was hard. My mind was filled with questions like: What am I doing entering a new year without him? How can this be? Why do I get to live and he died?

I was overcome with the feeling that I was leaving him behind. Because there it was, a fresh untouched year and I knew that none of the 365 days in it would contain a hug from him. There would be no new memories, no sixth birthday to watch him blow out the candles. 1998 was the year he was to start first grade and be in school with his big sister. At least in 1997, he had been with me. 1997 was the year he died, true, but he had also lived 33 days of it.

1998 knew nothing of a blond-haired boy who became bald from cancer treatments and had a love for being read to and a generosity for giving out stickers.

How could I be excited about a new year?

Change isn’t easy for many of us. While most want to get rid of an old used year, and enter something new and hopeful, for the bereaved mother or father, that is not always the case. Many can say, “Good riddance to 2013; it was a lousy year.” But for others, that was the year their son or daughter died, and moving from it, means a parent is moving further from the last time he or she saw her/his child.

Bereaved parents have fragile hearts. They might look okay, wear matching socks, use the correct salad fork, and even smile, but deep down in the fibers of their heart, they are struggling. Life seems so normal for everybody else—–but them. They can think life is easy for others—but them. Getting out of bed can be a major accomplishment. Celebrating holidays can be consumed with sadness instead of happiness.

If you have a bereaved friend, help her/him by letting this year be a year where she/he can freely share stories about a deceased son or daughter. Let those in your lives with broken hearts speak of the memories etched in their minds. Let your friends know that you will not forget their children for however short or long these children lived.

So, it’s a new year. May we all strive to make it an empathetic one where we learn richly from each another.

Alice J. Wisler, founder of a grief-support organization, Daniel’s House Publications, is a full-time writer and author of contemporary novels. In 1997, her four-year-old son Daniel died from cancer treatments. Since then, her writing focus has been on how to help others in grief. She gives Writing the Heartache workshops across the country. Through her organization, she designs and sells comfort cards/remembrance cards and at her Carved By Heart imprint, carves personalized remembrance plaques. When she isn't writing or speaking, she is promoting her novels---Rain Song (2008), How Sweet It Is (2009), Hatteras Girl (2010), A Wedding Invitation (2011), and Still Life in Shadows (2012). Her devotional, Getting Out of Bed in the Morining, offers comfort and purpose for those dealing with grief and loss. Her cookbooks of memory---Down the Cereal Aisle, Memories Around the Table, and Slices of Sunlight, contain stories of food and memories of children who have died. In 2009, Alice married Carl in Las Vegas, and they live with her three children in Durham, NC. To Listen to Alice's Radio show To learn more about Alice visit her website: http://www.alicewisler.com and go to her blogs: http://www.alicewisler.blogspot.com and http://www.writingtheheartache.blogspot.com/